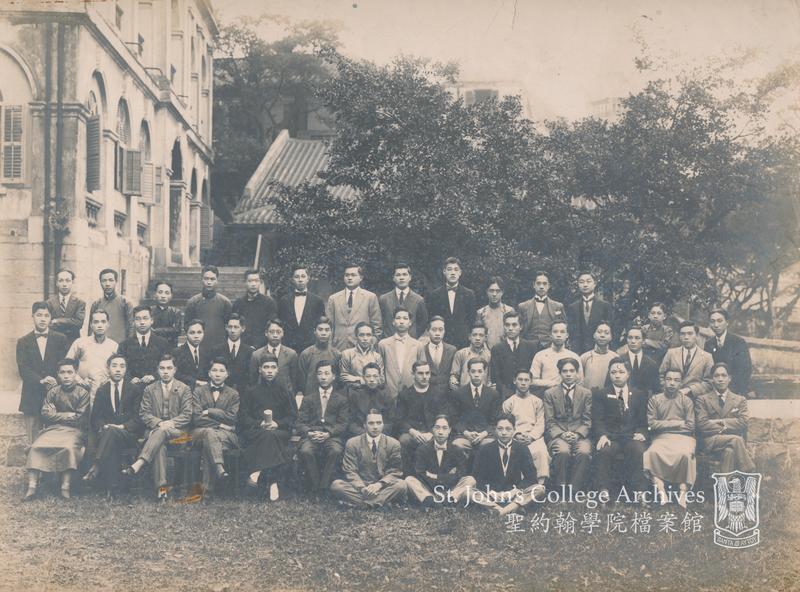 A group photo of the members of St. John's Hall probably taken between 1915 and 1925, judging by the fact that the Hall's second Warden the Reverend C. B. Shann (tenure: 1915-1931) was present in the group (seated, left 8), and that the building "Fairlea" (demolished by 1925) is shown on the left. This photo was taken on the terrace at the back of the East Wing of St. John's Hall. Behind the parapet wall on which the residents in the last row stood would have been a flight of steps leading down to Pokfulam Road on the right.

Existence and location of originals

Existence and location of copies